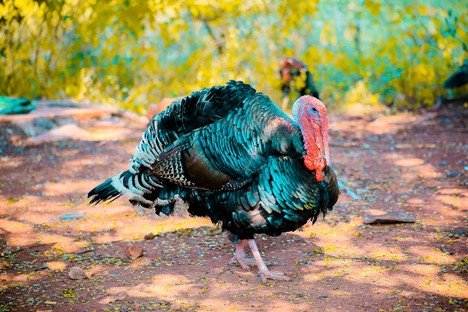 Thanksgiving is a very American holiday.  You sit with your family, watch football, and eat turkey.  When you were digging in on your plate of poultry this year, you might have wondered “how did my turkey get here?”  This question is more complicated than meets the eye.

First, the bird obviously lived on a farm.  The US has a turkey population of 100 million birds, and surprisingly, seventy-seven million of these come from Minnesota and North Carolina.  In preparation for Thanksgiving sales, your turkey was taken to be processed and packaged.  The North Carolina company Butterball is the largest turkey company in the U.S. and processed 1.304 billion of the six billion pounds in 2019.

So, your turkey was likely either a Tar heel or from the Land of a Thousand Lakes, and possibly packaged by industry giant Butterball.