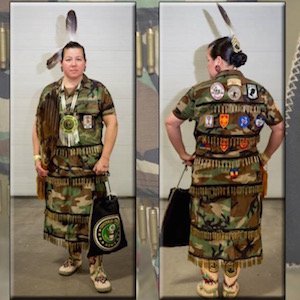 Last weekend I went home to the Native American Indian Reservation in northern Wisconsin on which I was raised. I always find it so grounding to go home to the “Res” as it is known to the locals. It was especially grounding this trip because I got to spend two and a half peaceful hours with my Chippewa little sister, Melissa Doud, on her new pontoon boat. Although I am not Native American, and not her blood brother, we share kindred spirits and souls, and much family and Native American history, not the least of which was dancing in the “Pow Wows” for the white tourists in the summer.

Thus it was with great emotion that I listened to Melissa talk about her 20-year defense of our country as an active in the army, her one Iraq “tour” and the subsequent PTSD, and her divorce, insomnia, and suicidal thoughts. Melissa shared three key factors on how she made it through this challenging time of her life, all of which are also helpful to employees facing similar despair in their jobs:

– She kept forging ahead, trying to stay as active and positive as humanly possible.
– She asked for help, especially from fellow combat veterans, support groups, and therapists.
– She used her children for both emotional anchoring and inspiration, especially recognizing that restoring her state of mental health was essential for her kids’ survival.

Wow. No matter what side of the current kneeling or no kneeling NFL drama you are on, I hope you can salute military veterans like Melissa and what they have done to protect our rights to free speech and democracy.

As a special thank you to this special veteran, I implore you to vote for her song “Bullet Dress,” which is up for a Native American Music Award in Category 14. (You can listen to Bullet Dress on Soundcloud.) In the song, she references her Chippewa name, Animikiikwe, pronounced (Ah-nimi-key-kwe), which means “Thunder Woman” or “The Storm is Coming.” Lastly, I encourage you to share this link on your social media sites and ask your friends to vote for her song as well.

With unending gratitude to all veterans who have served our country,
Gaagige Nisayenh
(The Chippewa name given to me by Melissa this trip, which means “Forever Brother.”) 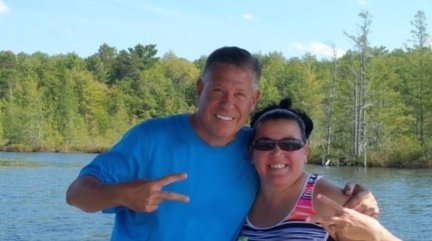