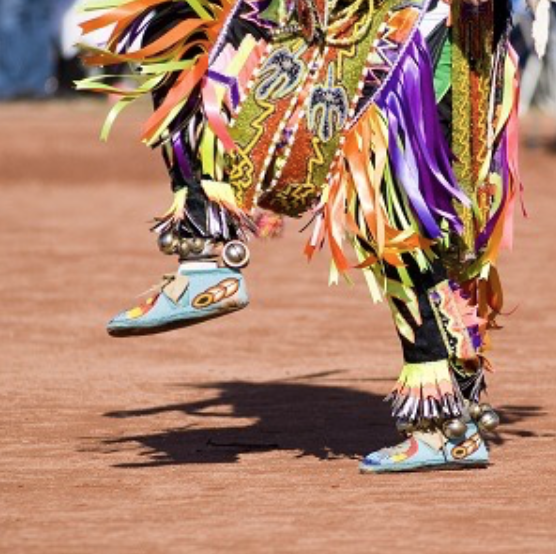 The lessons learned about A Culture Of Learning from when I was kidnapped as a child and brought to an American Indian Reservation.

The famous dictionary producer Mirriam-Webster once named “Culture” as “The Word of the Year.”  I am sure that most experts on Employee Engagement were not surprised by Merriam-Webster’s choice.  Indeed, legendary management expert Peter Drucker was one of the first to get it right years ago when he coined the phrase “Culture Eats Strategy for Breakfast.”  While Drucker first said this decades ago, the words still ring very true in today’s workplace landscape, especially as it relates to Learning & Development.  Drucker’s seminal point was that all of a company’s efforts on will fall flat on their face if the company culture is not sound and in alignment with its purpose, people, and learning programs.

Likewise, if job candidates aren’t as careful about assessing the learning culture of their potential new employer, they will mistakenly choose the wrong new employer, and quickly find themselves in job search “transition” mode again.

At age ten and living with my mother and three sisters, I was illegally kidnapped by my father and brought from a lily-white Chicago suburb to an American Indian reservation in Northern Wisconsin.  I was sent to a nearly-all Chippewa Indian grade school, where I quickly learned that my skin color had become my own cultural “baggage.”

As one of the only Caucasian students enrolled in the tribal grade school, I was regularly beaten up solely because of my skin color.  I used to spend recess hiding under a truck in a tucked-away garage at the end of my elementary school’s property.  Recess was guaranteed torture.  I was undyingly grateful that most of the Indians on our reservation were not avid readers of American literature, for when I read Dee Brown’s great book I Buried My Heart at Wounded Knee, I learned that it was General Philip Sheridan that said, “The only good Indian is a dead Indian.”  He is not part of my Sheridan blood line, but even so, I cannot imagine the heightened bullying I would have experienced, had anyone known that fact.

Learning Lesson One:  Job candidates and employees have a choice.  I did not.

I made a conscious effort to assimilate and adapt to my new culture, learning and adapting to many of the same cultural factors experienced by new employees during an onboarding process with their new employer.  I found ways to diffuse the bullies, effective only some of the time.  I learned some of the Chippewa language.  I danced in the Pow Pow for the white tourists who would come “to see the Indians,” with many of them believing I was a little Indian boy.  Most of all, I persevered.

Successful new employees will make the same proactive effort to assimilate to and learn their new culture, and plow through the bumps of their new employment road.

Learning Lesson Four:  Begin learning immediately, even as early as part of the interview and job selection process.

Smart job candidates interviewing at companies will also take meaningful steps to protect the job choices they make.  First, they will define what Culture & Diversity means to them and understand it includes the organizations’:  values, ethics, ambitions, workplace environment or “feel”, inclusion, encouragement of fun and levity, dress code and workplace flexibility stances, trust, and much more.  All of these cultural elements put together become an amalgam that I call the “Invisible Corporate DNA” of an organization.  You cannot easily see it, but it is there, and you should make every effort to learn it up-front.

London School of Economics Professor Sumantra Ghosal, coined it “The Smell of the Place” in his brilliant speech at the World Economic Forum roughly ten years ago (which is on YouTube).  He describes that “The Smell of the Place” is the context (culture) with which leaders choose to surround their employees that will drive the behaviors and success of the organization.  Ghosal uses the wonderful Metaphor of choosing either the smell of Calcutta India in July where he grew up (not so good), versus the wonderful aroma of the Forest of Fontainebleau where he lived as well.  It’s message especially resonated with me because of the moldy and dank smell of our tribal school of which I’ll never forget.

Smart interview candidates can also take additional steps like the following to learn and make an organization’s invisible Culture visible:

Furthermore, the job candidate should make it a point to ask very pointed questions of the interviewers about the culture of the company, such as:

What my siblings and I went through on that Indian reservation was certainly tough.  But it also was immensely invaluable.  When faced with the choice of “woe is me” and victimhood, I chose to embrace the positive and the learning opportunities.  I chose to recognize that, as a white male, I was blessed with having the unique experience of knowing what it is like to be a minority.   I chose to share and leverage that unique experience in my application to Harvard Business School (HBS).  Employees and job candidates face the same choice as it relates to culture.

Of the roughly 12,000 applications sent to HBS that year, mine was one of the fewer than 1% accepted.  In the end, for many reasons, being kidnapped and working through an entirely different culture on the reservation, was one of the best things that ever happened to me.

One of my favorite sayings of all time comes from the movie The Exotic Marigold Hotel:

“In India, we have a saying: ‘Everything will be alright in the end.’ So if it’s not alright, it is not yet the end.”